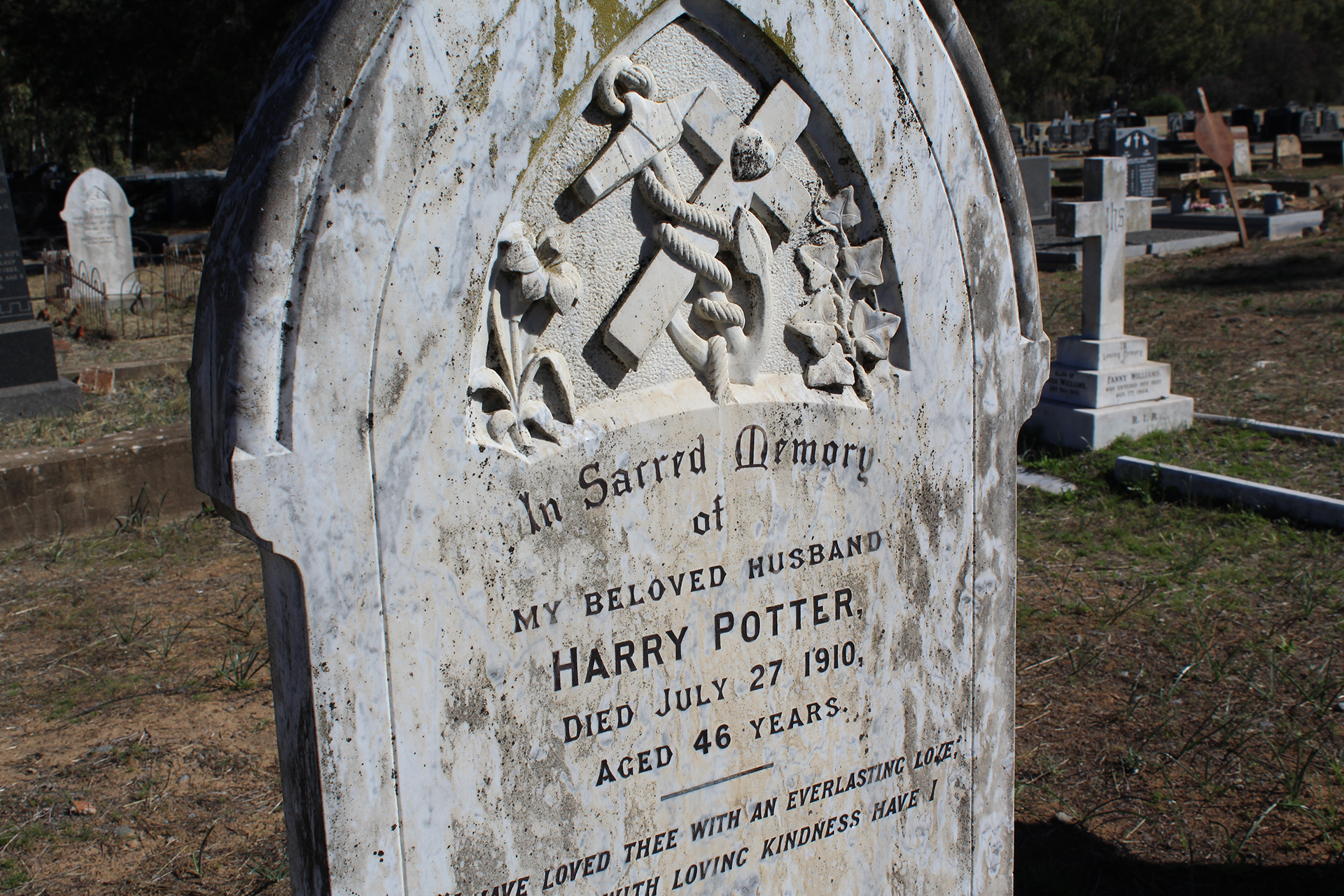 JK Rowling, creator of the billion-dollar boarding school fantasy series, is famous for putting her hero Harry Potter in harm’s way. But does she know that he has been lying in a Karoo grave for nearly a century?

In a strange time warp of fate, Cradock in the Karoo Heartland might well hold the secret to Harry’s fate. The river town – with its back to the spekboom thickets of the Eastern Cape and its front to the vastness of the Karoo plains – boasts a classic country cemetery that becomes a vampire movie set with the first swirl of morning mist.

And somewhere in the midst of departed nuns, frontiersmen and soldiers who fell in the Anglo-Boer War, is the gravestone of none other than Harry Potter. All we know is that Harry was a ‘beloved husband’ who died on 27 July 1910, at the age of 46.