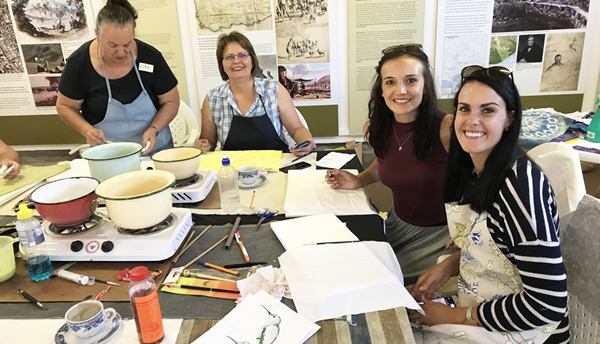 Fun and easy, shibori and tie-dye, screen-printing on fabric, sun colour and batik are some of the creative workshops Bedford’s Catherine Knox will be offering from April 2019.

“Joining in arty crafty activity is the best way to escape into the moment, a respite from hassles and responsibilities,” says Catherine. “We laugh a lot, show off a bit and experiment wildly. And get to know ourselves better.”

The sessions are suitable for all levels of experience and ages from pre-teen upwards. All materials are provided. Workshops can be customised to group requirements (minimum 6 people, maximum 20). Groups of up to 10 can come to Catherine’s studio in Bedford. Larger groups gather in other venues – for example, Catherine recently presented a batik workshop for a group of 15 in Cradock, (shown in picture below). For more info, contact Catherine on 082 9328864, catherineknoxmail@gmail.com

Catherine Knox is a fine art major and accredited quilt teacher with a good deal of experience in other arts and crafts (including creative writing and photography). 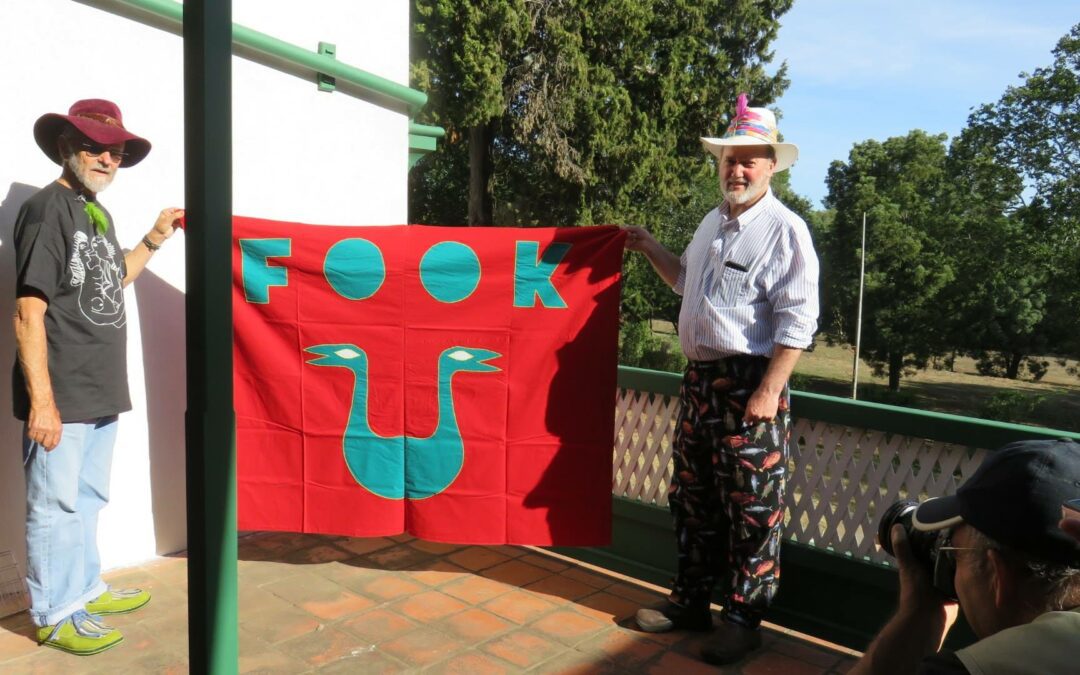 Wonderful news for the preservation of our rich Karoo Heartland culture and heritage is the newly formed Walter Battiss Foundation in Somerset East.

Walter Battiss was a South African artist, who called Somerset East and Karoo his home, and is generally considered the foremost South African abstract painter, known as the creator of the quirky “Fook Island” concept.

Born in 1906 in Somerset East, Battiss travelled extensively and his open-minded approach perhaps shocked more conservative viewers in his lifetime. He has been described as the “gentle anarchist” with a joy of life, appreciation of beauty and sensual treatment of the human form.

The Foundation wants to ensure the Walter Battiss legacy in perpetuity, and become a self-sustainable entity.  The foundation is inspired by what Battiss stood for, and wants to create an awareness within an individual to be able to express themselves through art.  The Walter Battiss Art Museum boasts the largest permanent exhibition of his artworks. 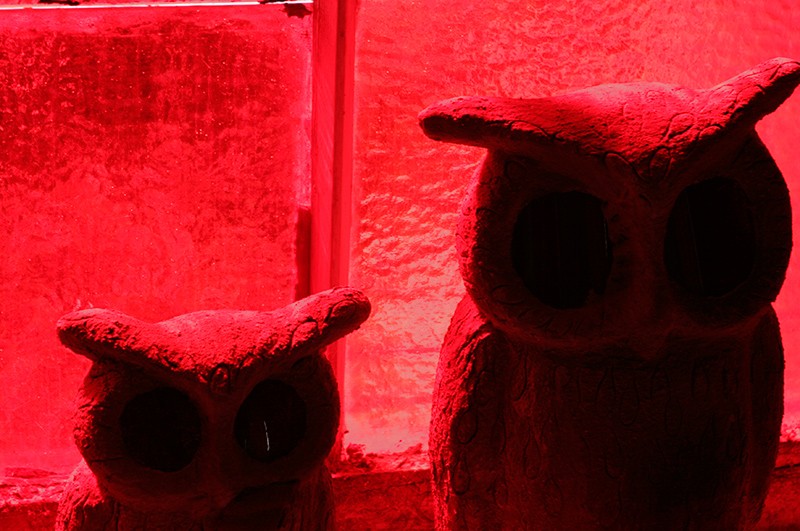 This is excellent news for those who have visited or long to visit Helen Martins’ bizarre and beautiful Owl House in the village hamlet of Nieu-Bethesda.

Since the 1980’s and through into the 1990’s, several attempts have been made to have the Owl House awarded the status that it deserves, with it being provisionally declared a National Monument in 1990 and extended in 1995. Now, following a nomination by members of the public to have the Owl House and the Camel Yard declared a Grade 1 National Heritage Site, the wheels have finally been set in motion.

South African National Heritage Resources Agency’s intention to declare was announced at a public meeting held in Nieu-Bethesda on April 11, 2017, as part of the Mayoral Outreach programme, during which the Budget, IDP and other matters of mutual interest or concern were discussed with the communities.

The Owl House, home of reclusive artist Helen Martins, is a place of wonder to anyone who visits. In life, Helen Elizabeth Martins was a shy, retiring figure, rarely seen outside on the streets of Nieu Bethesda. But this recluse was the custodian of a magical inner kingdom that she breathed into life – a monument to Outsider Art. outsider art refers to the often controversial works created by dedicated, if not obsessive artists, who are untrained, and who have not been influenced by any schools, galleries or museums. Outsider artists are mostly self-taught individuals, who in many instances often remain obscure until their deaths.