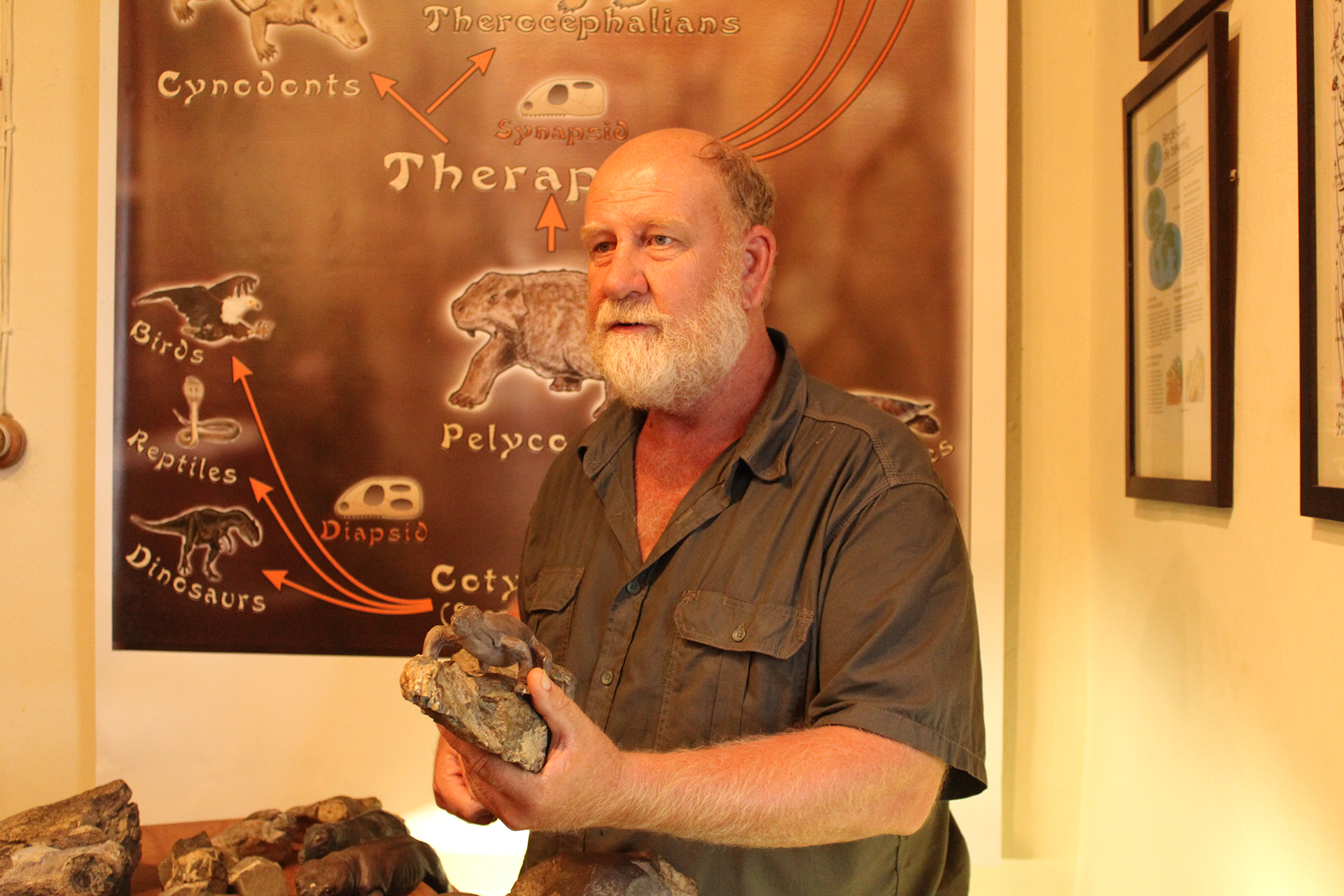 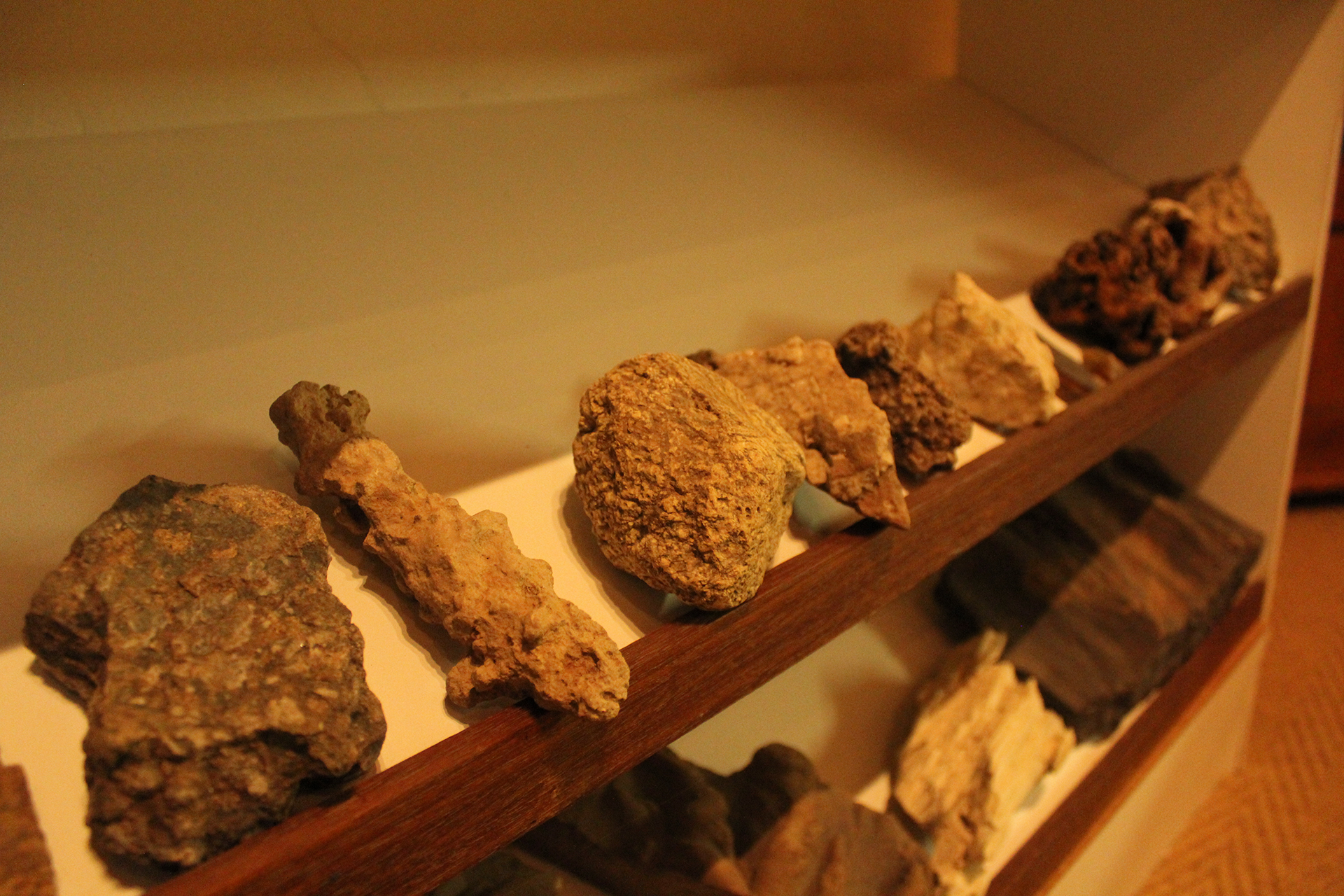 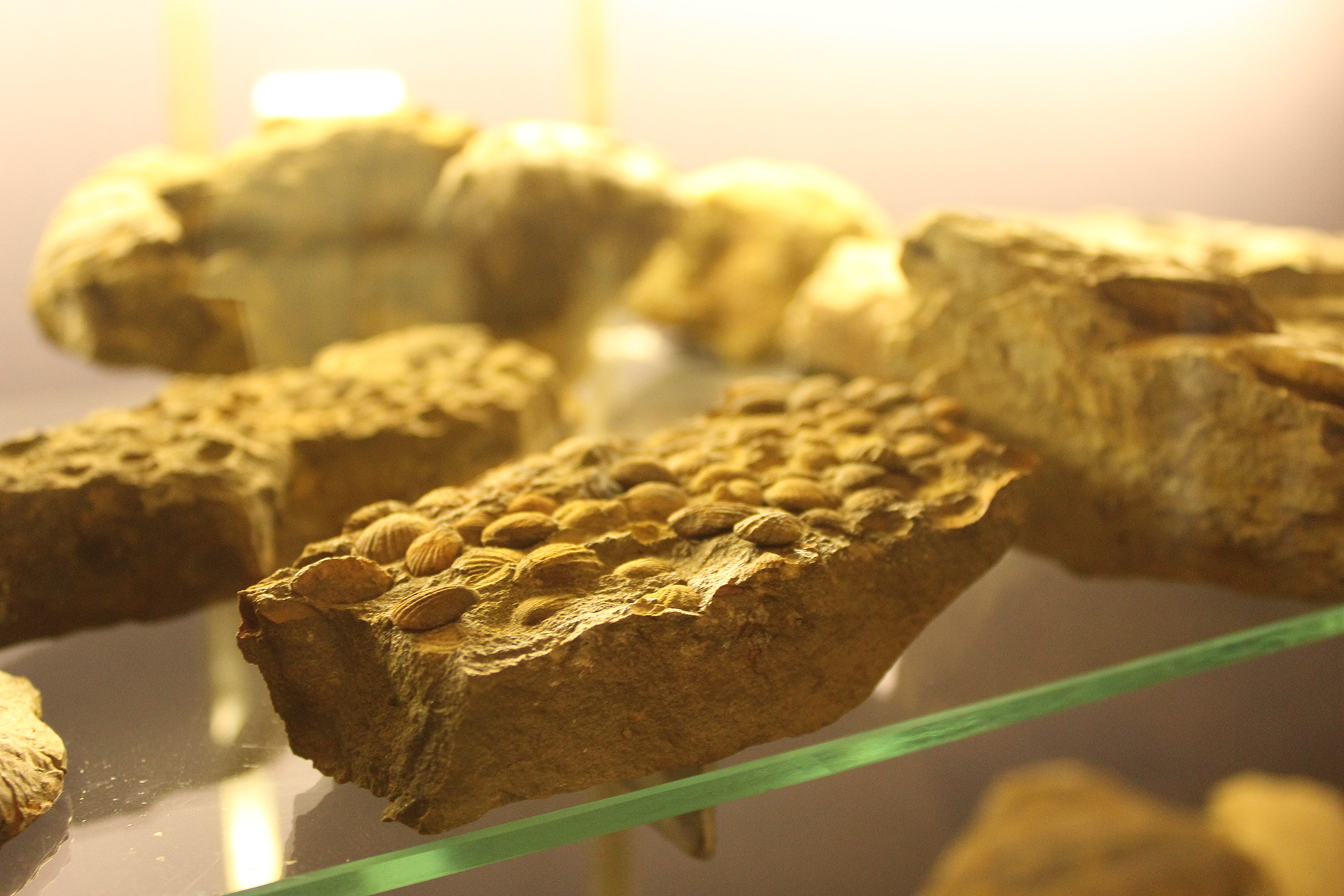 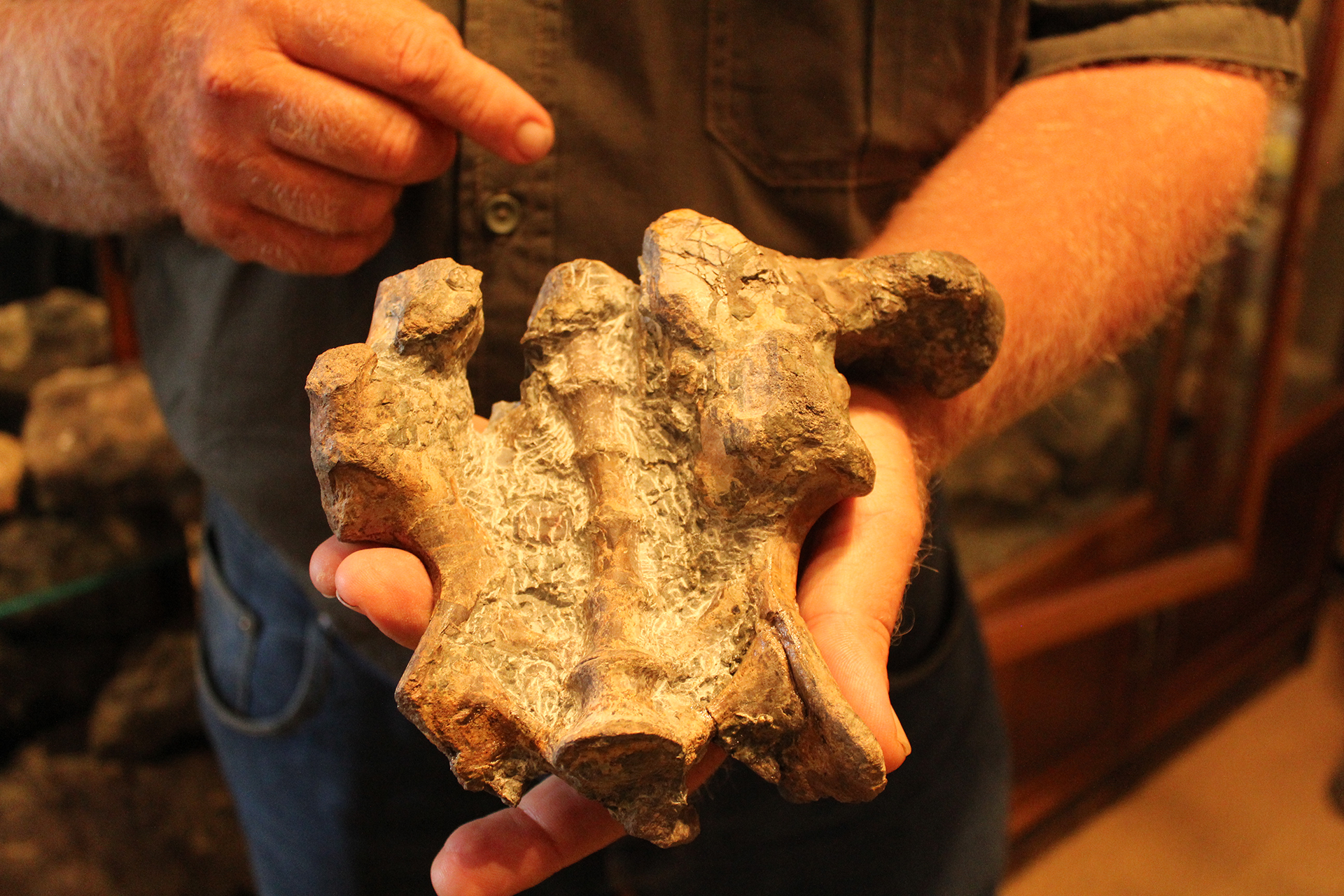 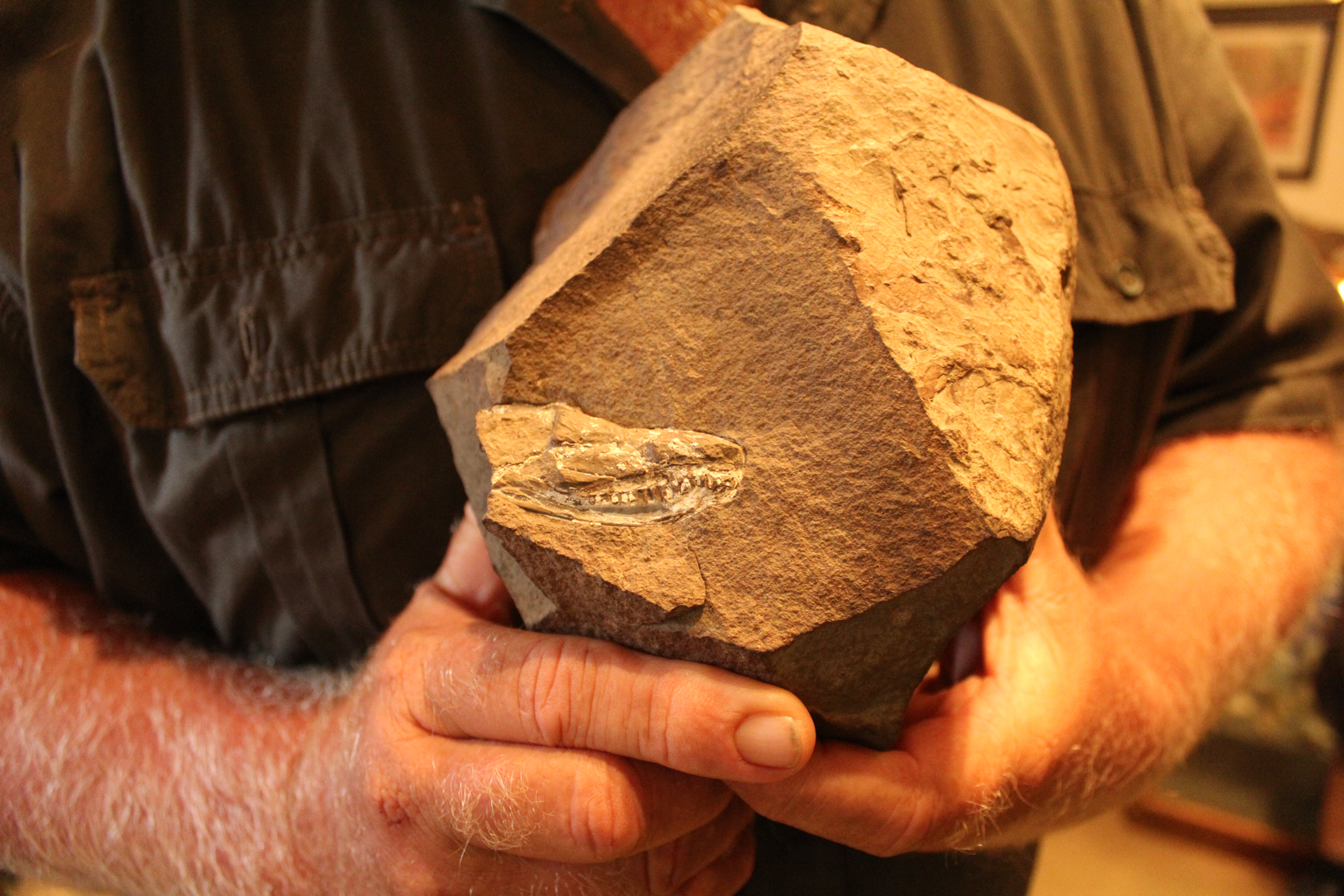 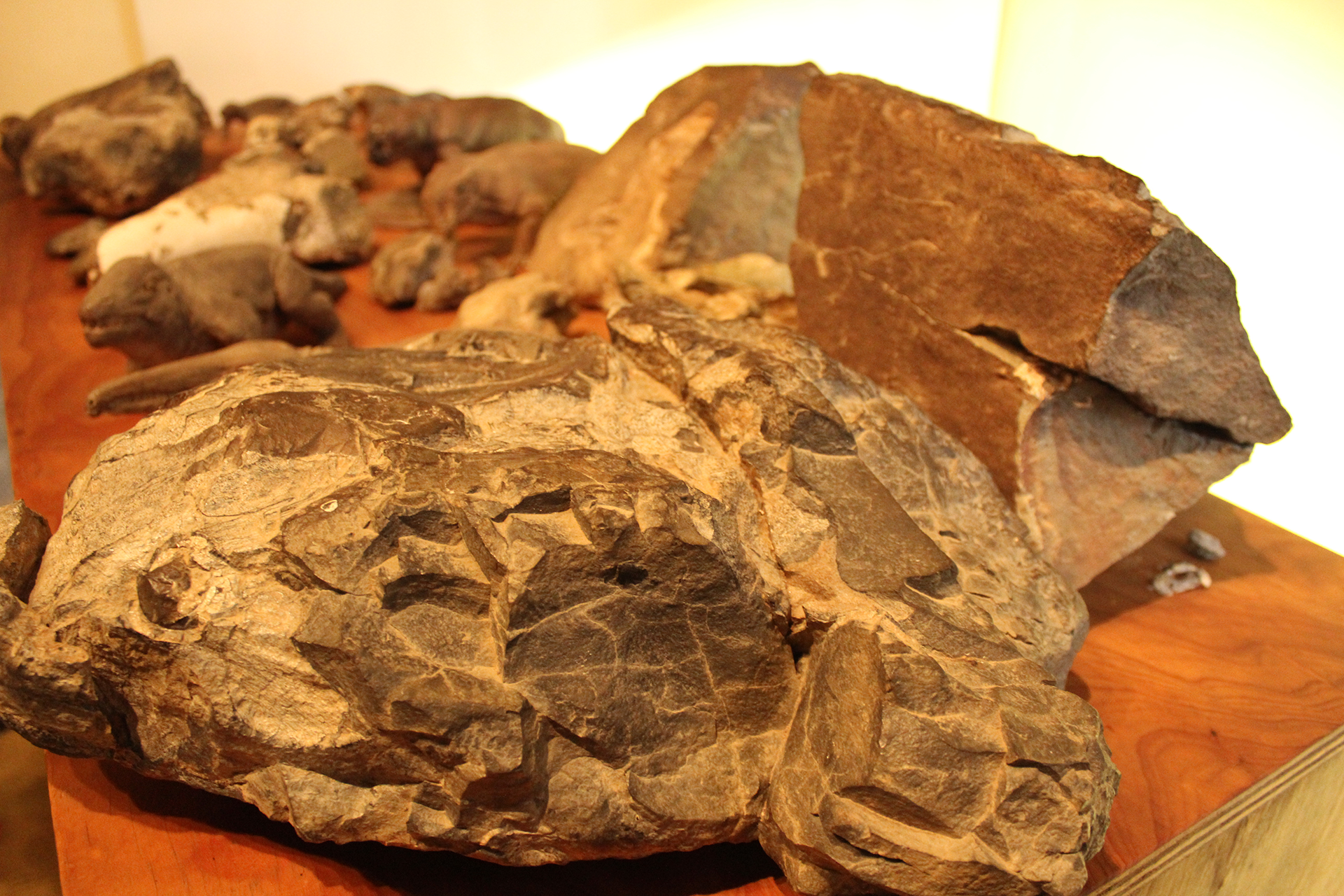 Ganora Guest Farm is a sheep farm situated just outside Nieu Bethesda in the foothills of the majestic Sneeuberg Range sixty kilometers north of Graaff-Reinet. The farmstead and guest cottages nestle deep in the slopes of a depression carved into the bedrock by ancient rivers in pre-historic times. The surrounding rock formations and rich fossil beds on the farm bear testimony to the events that contributed to the formation of this vast and beautiful land.
The fossil museum was registered in 1998 and although small, houses mainly the finds made on Ganora. The fossils exhibited are on average about 280 million years old. It was in the time when mammal-like-reptiles roamed the earth, pre-dinosaur time. You will also see small models which give an indication of what they looked like. There are also fossilized leaves from the Glossopteris trees, which formed the coal mined in South Africa today. The Compasia dela Harpi fish fossil is also on show in the museum, which proudly also has the only complete example of this fossil in the world. Children also enjoy the museum and explanations are done in such a way that they can understand and value the information.Many other artifacts have also been discovered on the farm and these discoveries are shared in the private artifact museum.The private Bushman artifact museum is also housed in the original farmhouse, like the fossil museum. Here you’ll see the tools found and their unique uses are explained. Some were found in caves, and others in areas they used as “workshops.” There are also some arrows and music instruments as well as bags they made from the hides of animals they hunted.

As a registered museum, records are kept of where the artifacts were found and cataloged according to the law.

Note that all archaeological, historical and palaeontological artifacts and sites represent a finite and fragile heritage. They are thus protected by the National Heritage Resources Act and must be treated with respect. All site visits are therefore supervised by informed guides for maximum enjoyment and understanding.