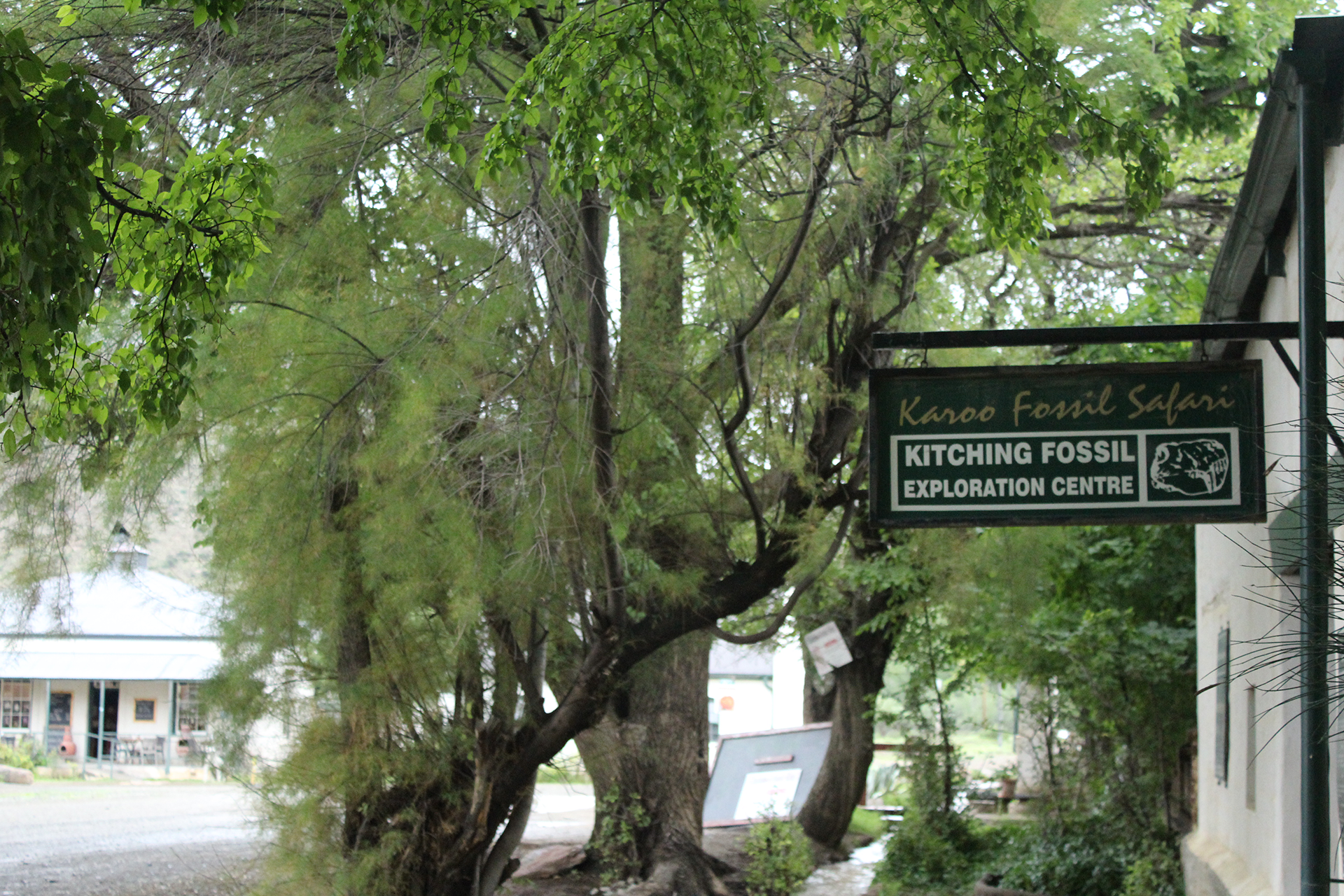 Situated in the picturesque town of Nieu-Bethesda, and home of the famous Owl House, the Kitching Fossil Exploration Centre tells the story of life in South Africa 253 million years ago during the Permian Period. Visit the centre to hear the story for yourself.

Kitching Fossil Exploration Centre invites you to join for an hour or so in Nieu Bethesda where you can learn to read the rocks that tell stories about life that lived millions of years before the dinosaurs. See real fossils, accurate reconstructions of pre-historic animals and beautiful posters which show what life was like in Nieu-Bethesda 255 million years ago. Also, take your time and learn about the legendary paleontologist James Kitching, drifting continents, how fossils are formed, climate change over millions of years and catastrophes when more than 90% of life on Earth simply disappeared. There is real evidence for all this in and around Nieu Bethesda.

Not far from the fossil centre is the Gats River which only flows once or twice a year. Sometimes, when it floods new fossils are uncovered. The guides will take you on a half an hour safari of the riverbed to search for fossils. They will show you how to tell a fossil from an ordinary rock and how the rocks themselves are fossilised beaches, river bottoms, and ancient soil surfaces. You are guaranteed to find a fossil and maybe even learn how to identify it and its body parts! Sorry that you can’t take your fossil home, it will probably be embedded in the rock, and in South Africa, our fossils are protected by law.