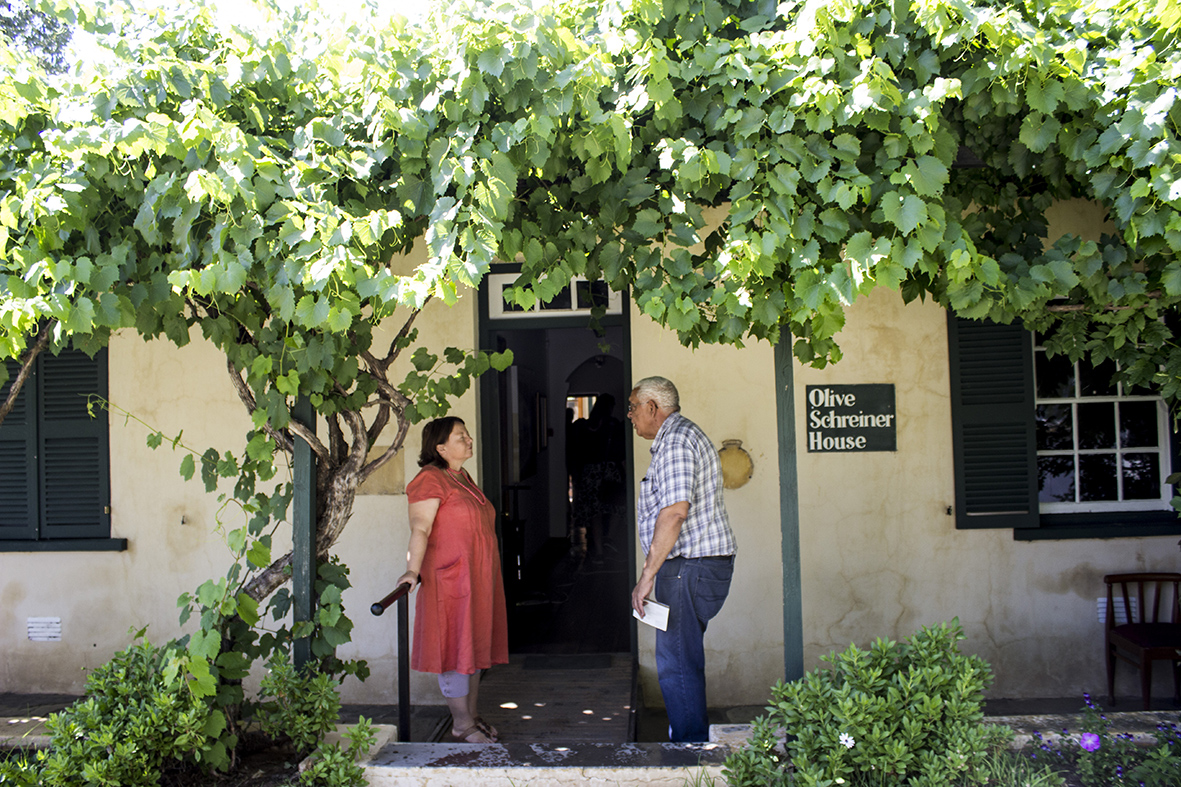 Olive Schreiner House at 9 Cross Street in Cradock is one of the houses in which Olive Schreiner (1855-1920), the political activist, feminist and author of the world-renowned novel, The Story of an African Farm, once resided. The house, one of the oldest dwellings still standing in Cradock, was bought by A.A. Mutual life and restored as a joint project with the town council of Cradock. It was donated to NELM in 1986 and was declared a National Monument in 1986.

In the Schreiner House are Olive’s personal library, exhibitions depicting her life and those of her siblings and copies of all the books she wrote.

The bookshop at the Schreiner House sells a wide variety of books, including Schreiner’s most celebrated work, The Story of an African Farm, as well as other books by and about her. A pictorial display of her life can be seen in the house.

Schreiner House contains antique furnishings, an exhibition on the life and work of Schreiner and her siblings, and a small but invaluable collection of books from Olive Schreiner’s and her husband Cronwright’s personal libraries. The Ikhamanga Hall, built behind the house, is used for cultural and community events.

Olive Schreiner went to Cradock in 1867 when she was 12, in the wake of the collapse of her parental home after her father’s insolvency. Her brother Theo (23 in 1867), who had become headmaster of the local public school after teaching for four years in Grahamstown, was head of the household, with their sister Ettie (17) as housekeeper. In the following year their younger brother Will, then 11, joined them. The four remained together until 1870, when Theo and Will went to seek their fortune at the diamond fields. Ettie stayed in Cradock to run the small school; Olive, at the age of 15, left to become a governess with the Orpen family in Barkly East.

Olive returned to the Cradock area some years later when she worked as a governess on some farms in the district, during which time she started to write The Story of an African Farm. Her ties with Cradock were strengthened in 1894 when she married Samuel “Cron” Cronwright, who at the time farmed Krantzplaas.

Her attachment to the district is evidenced by her desire to be buried on Buffelskop, south of Cradock, where in 1921 she was re-interred. The bookshop at the Schreiner House sells a wide variety of books, including Schreiner’s most celebrated work, The Story of an African Farm.