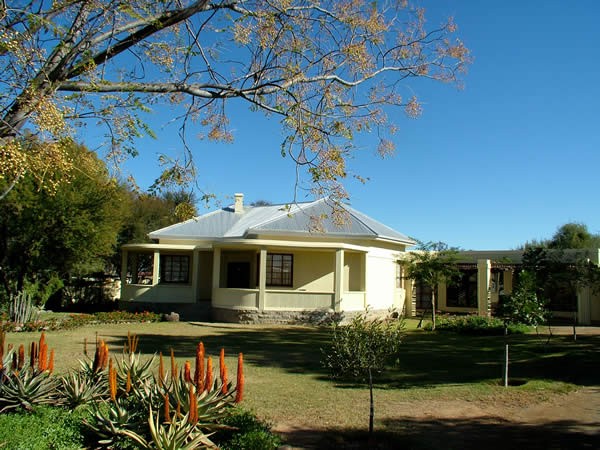 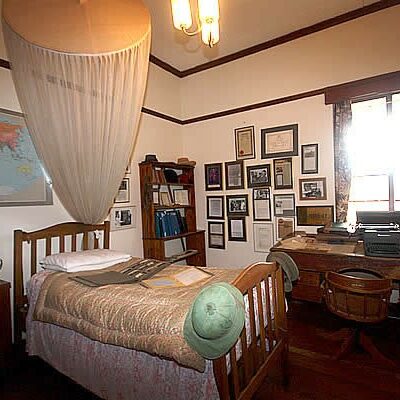 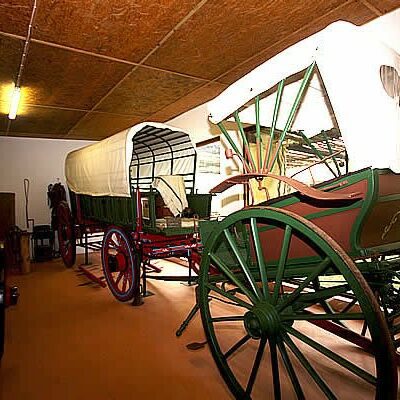 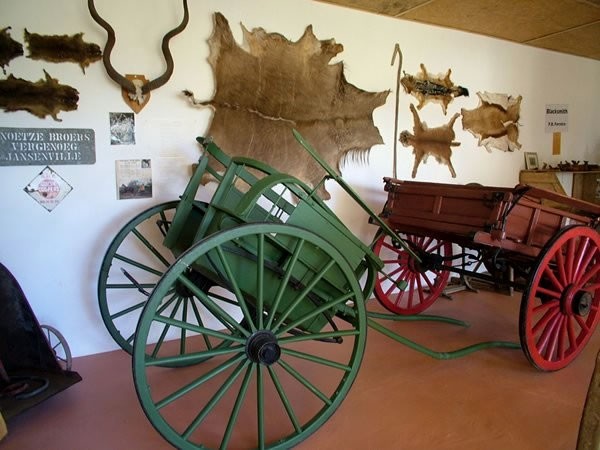 Sid Fourie, a true son of Jansenville, was born in 1896 of an Afrikaans father of Huguenot descent and an English mother. On leaving school he dug wells and rode transport due to the lack of employment at that time. In 1913 he clerked for a local firm of attorneys but in 1914 he enlisted in a local unit, the 20th Mounted Rifles and soon afterward saw action on the Orange River near Upington in the campaign against the rebellion in that area.

In 1918 he bought the Jansenville Chronicle and was editor of it for 45 years. He served on the town council for 25 years, of which he was mayor for 15 of the 25 years. His time as mayor saw Jansenville getting electricity, an airfield and thousands of trees. He also played a major role in the establishment of the SAWAS Hospital (South African Women’s Auxiliary Services) which opened its doors in 1952.  Regarded as something of an eccentric, he wrote a number of books, traveled the world extensively, put a number of Jansenville’s sons and daughters through university and, finally, bequeathed his house to the town.

The house, which bears his name, is Jansenville’s museum and has a surprising variety of interesting collections relating to both the lifestyles of the past, and the locality in particular.

Lindela was built in 1940 by a Mr. Thys Lotter and is an architecturally designed house, typical of the deco style.  The unique design (to look like a ship), the lighting (see Sid Fourie’s bedroom) and the bathroom with its unusual tiles around the bath that must have been imported and are also part of this style, the flooring and woodwork are very popular in “Art Deco”.

Lounge:
All about Sid Fourie. The valuable library belonging to the late Sid Fourie. War medals collected by Sid Fourie as well as photos and other articles of the different world wars. Compass with bullet. This compass saved the life of Mr. R.C. Cawood during the war. It was in his pocket when he was hit by the bullet that you can see lodged in the the compass, thus saving his life (see on mantle piece).See the lounge-suite. This is typical “Art Deco”.

Dining Room:
The dinning room suite belonging to Sid Fourie that fits in with the style of the house. Various war time memorabilia. Old family bible belonging to Stephanus Fourie as well as his big cup and saucer.

Passage:
Important events in the history of Jansenville. Mayors and people that delivered outstanding service. Very important people visiting Jansenville. The first telephone exchange. Old typewriter, the first to be used in jansenville (note that the ink had to added before typing).

Hall 1:
The council table, where councilors sat for many years during council meetings. Municipal seal, Associations and clubs. The history of the mohair articles. Old knitting machine dated 1931 – Old Sewing machines. Shirt made by Andri Fourie that won first prize in South Africa. A collection of typewriters.

Hall 2:
Fossils found in the mountains above Lake Mentz that show this area was once an inland lake. Very rare fossils of creatures that roamed this area 225 million years ago, it was world news when it was discovered. An old ox wagon from the 17th century, “Skotskar” governess-cart, petrol pump and blacksmith exhibition, unique fossils.