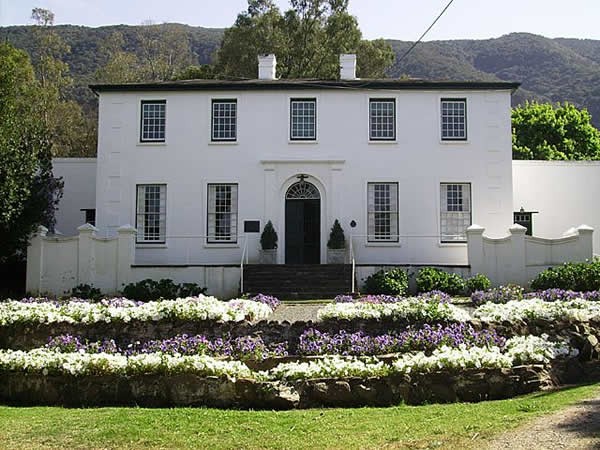 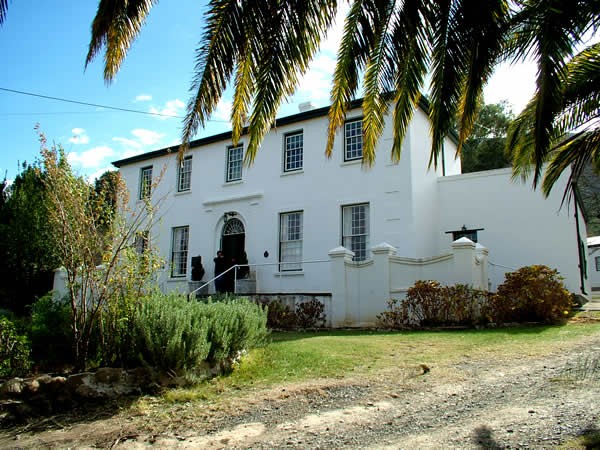 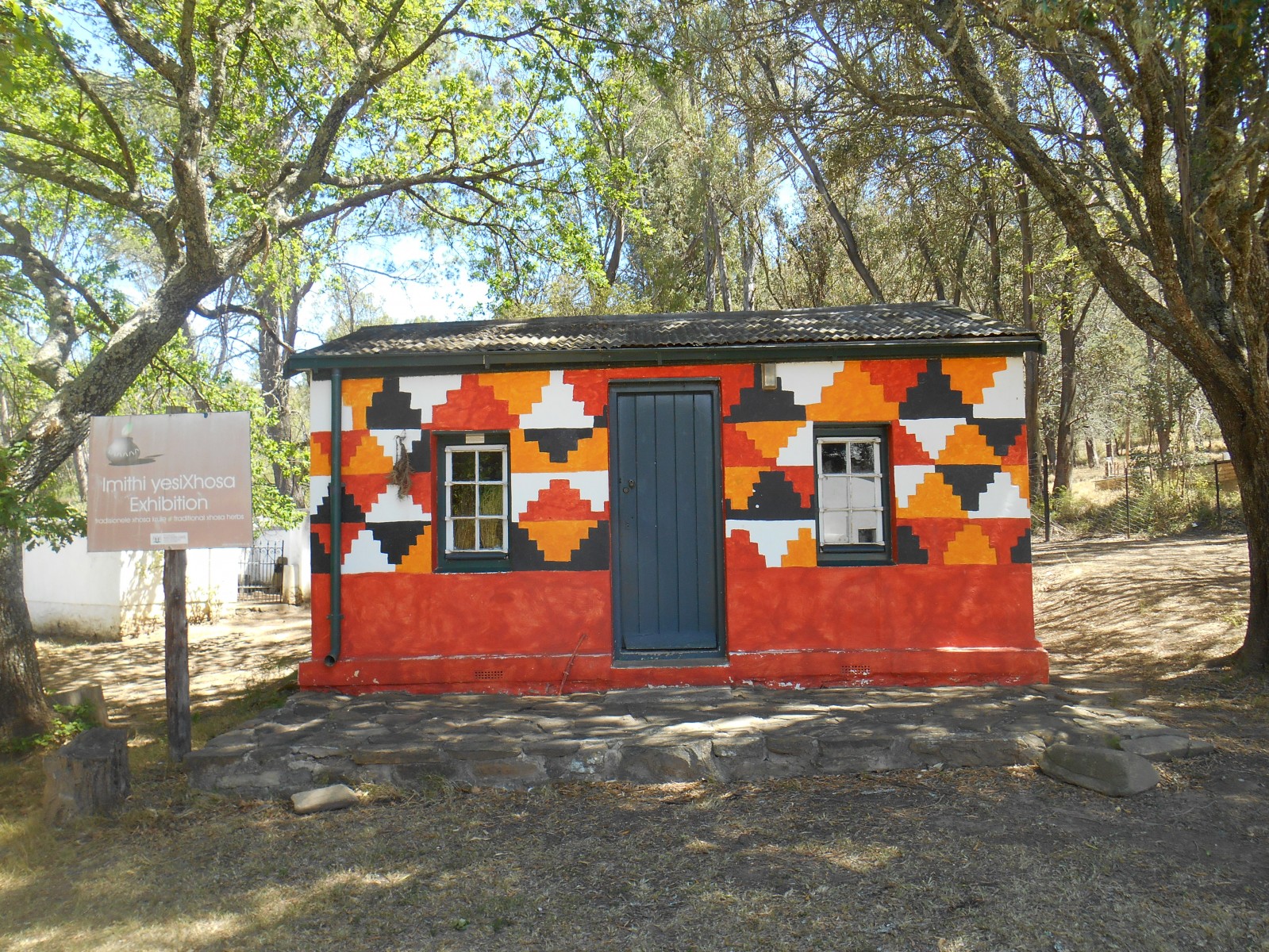 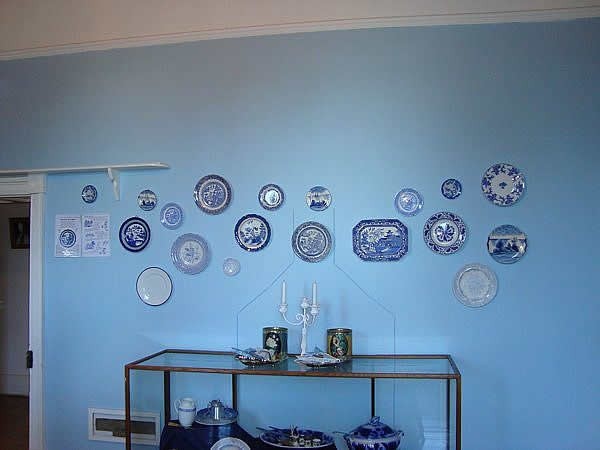 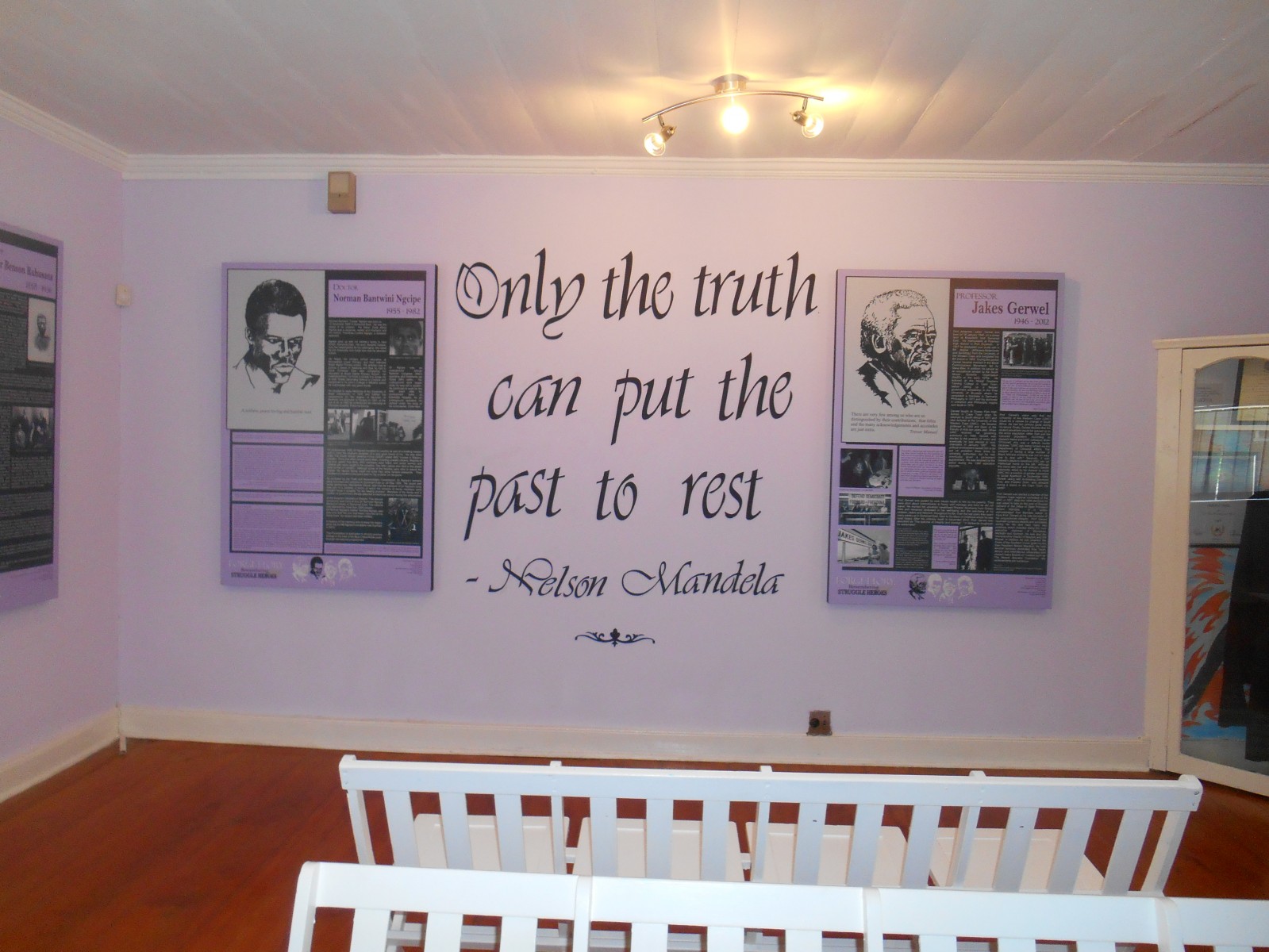 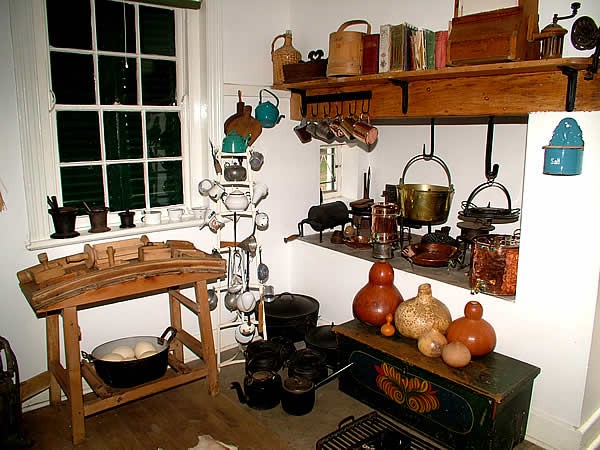 The Somerset East Museum is nestled at the foot of the Boschberg Mountain.  It is one of the oldest buildings in town, the ground was originally given to the Wesleyan Missionaries for their chapel.
The museum is laid out mostly as a residence to depict the lives of the Dutch Reformed Church ministers that resided in the house, but some additional exhibitions have been commissioned in recent years, to include a more rounded history of the area and all its people. The graveyard behind the museum is the oldest in town.  Another very important feature is the grave of Ouma Dora at the end of a footpath on the museum grounds, who died in 2003 at the age of 122!
THE HISTORY OF THE MUSEUM:

Wesleyan missionaries were given a site at the foot of the Boschberg for a chapel and graveyard, and the chapel was consecrated in 1828.  In July 1832 the property was transferred to the Nederduitse Gereformeerde Kerk of Somerset.  In 1834 Ds. Morgan asked that the chapel be converted into a parsonage for him to live in, and in 1835, the chapel was altered, the ground floor taking on its present design; namely sitting room, passage, and dining room. An upper floor was added, with two large bedrooms.  Fireplaces were built in all four main rooms, and yellowwood floors were installed. Two wings were added, one a kitchen and one a study.

Although the Dutch Reformed Church did not have available funds, the roof had to be replaced in 1845, probably with thatch. Ds. Morgan had a stone stable built, fitted with a water pump, at his own expense. There were many instances of repairs being requested by the ministers living in the Parsonage.  In 1866 John Pears complained that some of the rooms were uninhabitable.

During the 105 years the building was used as a Parsonage, four ministers lived there.

In 1971, the building, held to be “an exquisite example of a Georgian manor house, was made available as a museum by retired architect Kenneth Birch. In 1972, it was proclaimed a Province aided Museum and a National Monument.  At this stage, it stood empty and dilapidated; restoration was commenced in 1972.  The Museum was inaugurated during the celebration of Somerset East’s 150th anniversary in 1975.

Some interesting discoveries made during the restoration included the tiny grave, complete with headstone, found when damaged floor boards were being replaced in the sitting room. This bears the inscription – Sacred to the memory of Alexander Thomas, son of Rev. S.J.H. Kay, who died on 8th may 1828, aged 12 months.