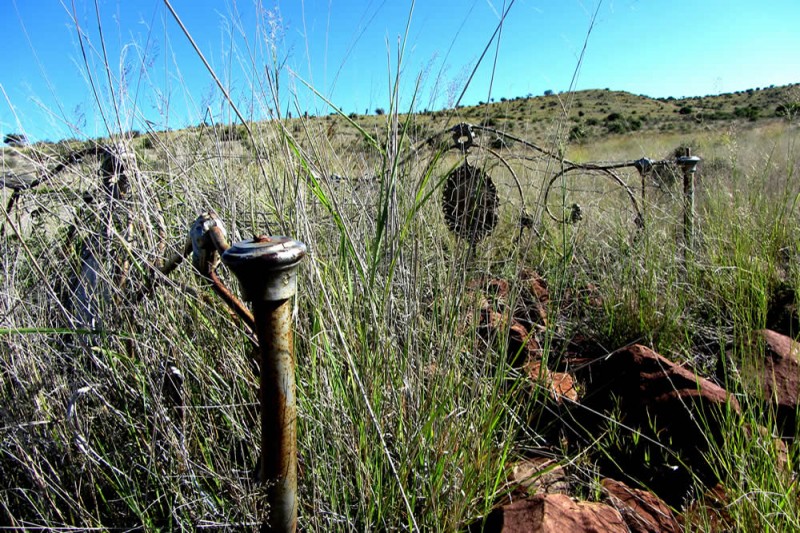 Category
Sightseeing
Near the roadside between Aberdeen and Graaff-Reinet, in the middle of the veld, lies an old cast iron bedstead. According to legend this is the grave of a woman who took ill and died while the family were trekking by ox-wagon through the Karoo. They were not from the area and so had no farm or town to return to for a proper burial in a cemetery. Her husband therefore buried her next to the road and touchingly used their marital bed to mark and protect her grave, and proceeded on the journey with the rest of the family. FROM Graaff Reinet Tourism Image: Graaff Reinet Tourism Cast iron beds only became commonplace in the late 19th century so it is unlikely to have been from the time of the Great Trek. Although the true facts will probably never be known, the grave site can be easily seen on the left on the N9 to Aberdeen, about 25 km from Graaff-Reinet. It remains undisturbed despite recent road construction in the area.