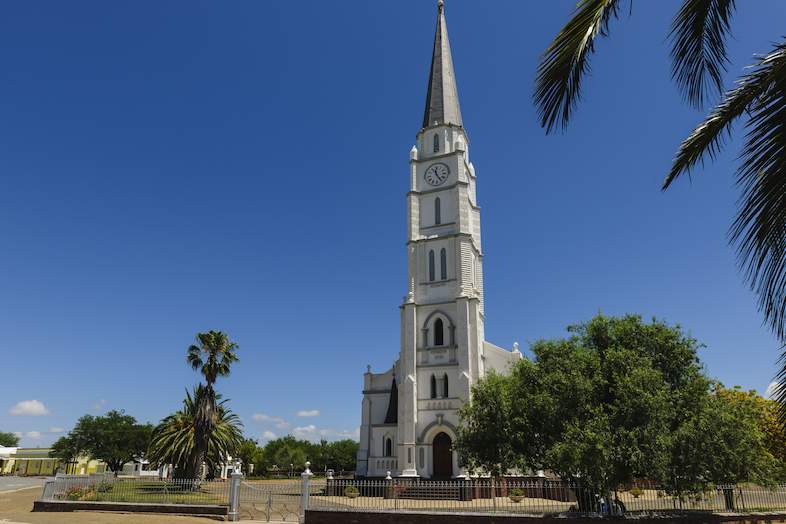 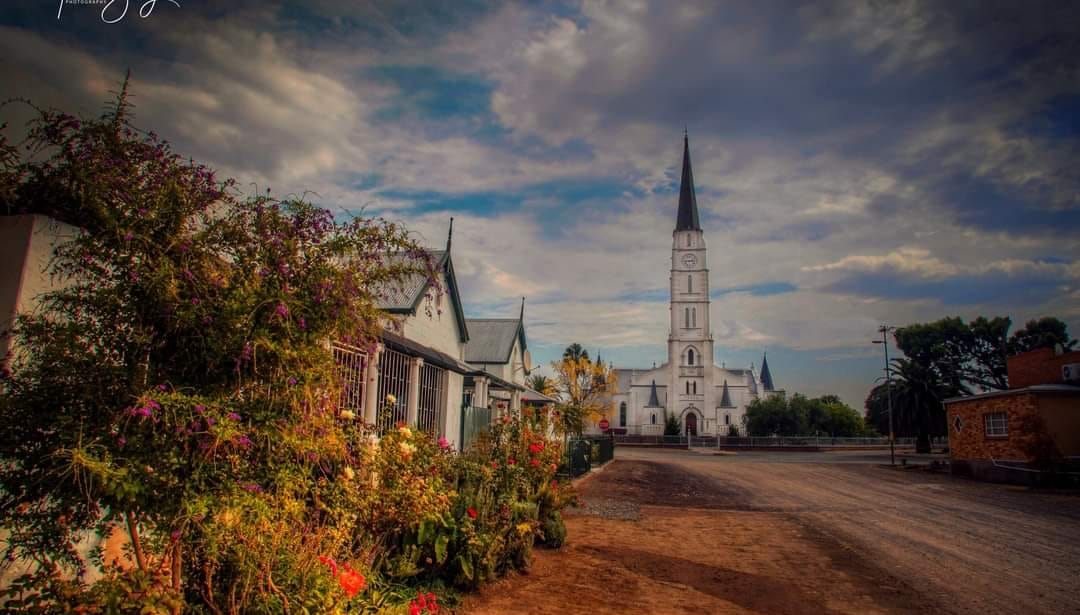 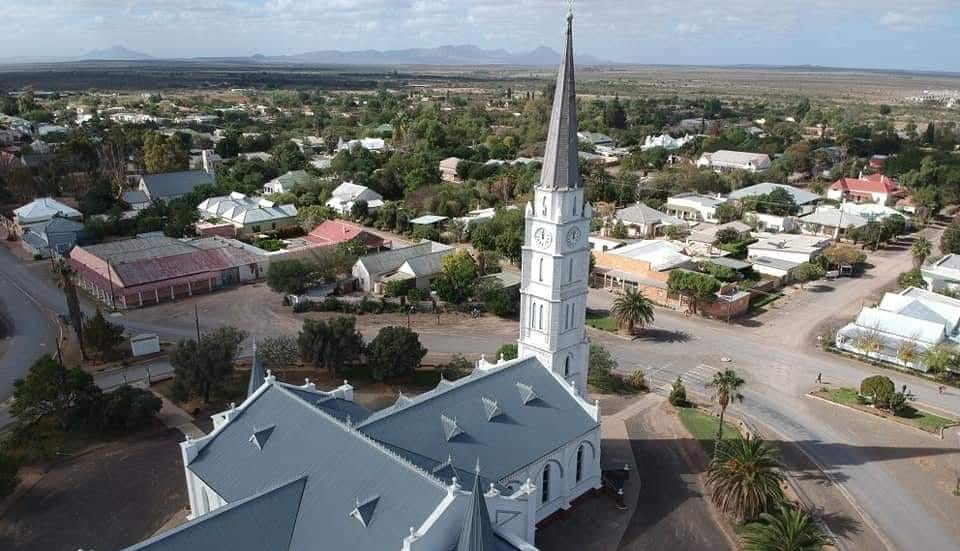 The Dutch Reformed Church in Aberdeen was constructed in two stages. The first stage of construction was completed in 1864, and the second in 1908. The church steeple is 50m tall and is the tallest out of all the Dutch Reformed Churches in South Africa. It’s also the second-highest church steeple in the country after the Cathedral of St Michael and St George in Grahamstown which stands 54 meters tall.

The steeple that is visible from many miles distant and approaching from Graaff-Reinet the steeple appears to lean slightly to the left. This is because the steeple leans about 50cm out of true and this can be ascribed to the weight of the roof tiles added onto the wooden framework.

At the western entrance to the church are two olive trees. One of them was grown from a cutting taken from the Garden of Gethsemane outside Jerusalem.

The church uniquely features twenty panels depicting biblical scenes which were conceptualised to improve the acoustics in the church hall.  Five ladies and a young man from Aberdeen handled the artwork and together with many local helpers they completed the task in a mere four months. The panels were created by combining textiles, lambs wool and home glue (course salt, flour and water). This was pasted onto a background of hessian and hung against the walls to improve the poor acoustics The panels were inaugurated at the midnight service on 31 December 1999.