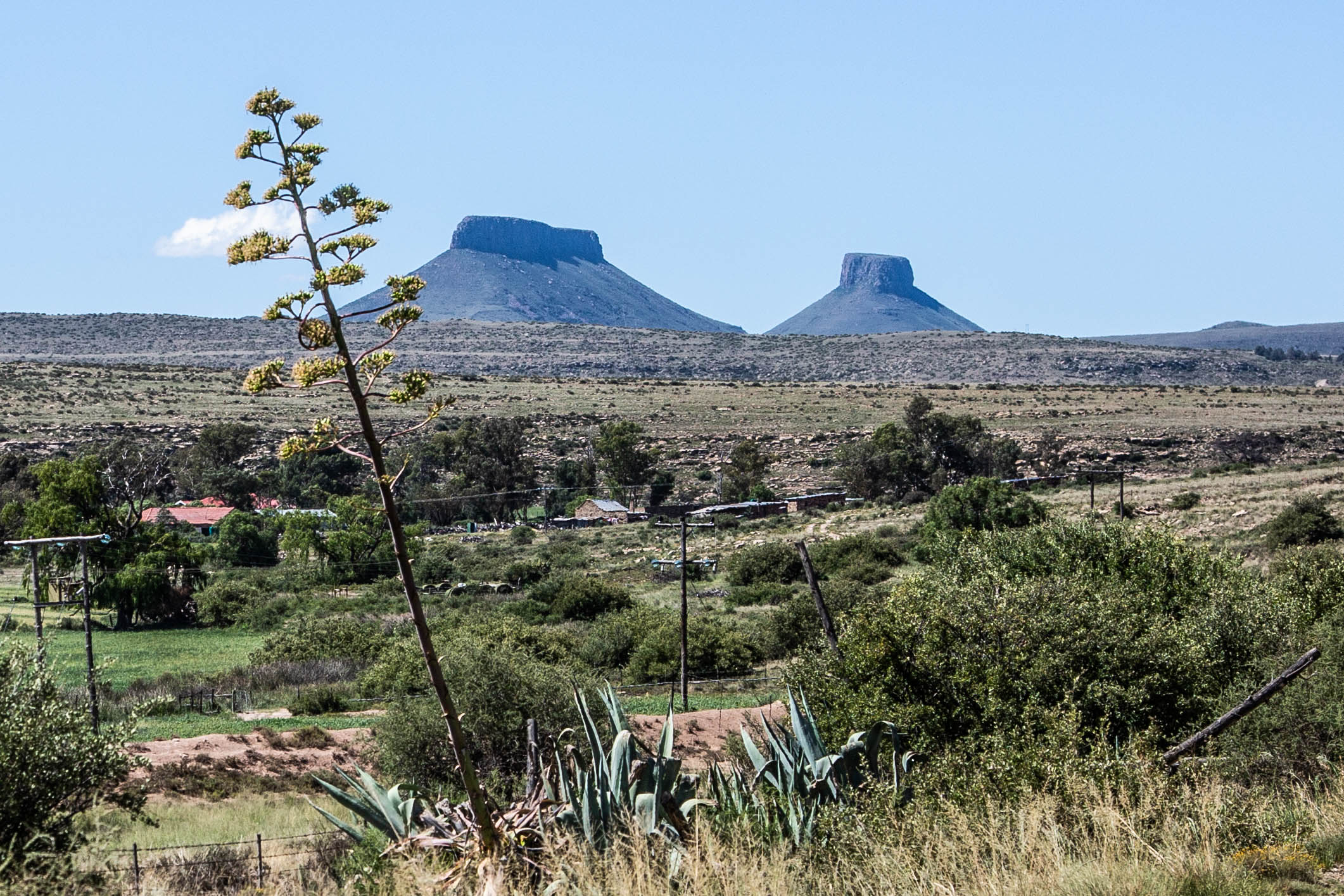 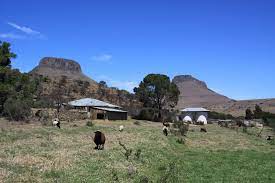 Throughout the Karoo it’s common to see flat-topped hills called Karoo Koppies along the horizon. Karoo Koppies hills are capped by hard, erosion-resistant dolerite sills. This is solidified lava that was forced under high pressure between the horizontal strata of the sedimentary rocks that make up most of the Karoo’s geology.
One of the best-known landmarks in the Tarkastad district, at an elevation of 1454 meters above sea level, is two Karoo Koppies called Mary and Martha. They sit like two heavy women on a stoep, weary from a day’s hard work awaiting the return of men from the fields.
.
Where did Mary and Martha get their names from?

John Ayliff, born in London on 7 November 1797, died at Fauresmith in the Freestate 17t May 1862. John was an 1820 British settler, a member of Wilson’s Party, and arrived on board the La Belle Alliance.
John married Jane Dold on 25 June 1820 on board the HMS Menai by Captain Moresby as there was no marriage officer at Algoa Bay yet. The couple eventually had 9 children, including 5 sons. In 1827 John became a Wesleyan lay preacher under the well-known Rev William Shaw.
When the slaves were finally liberated after their apprenticeship ended on 1 December 1837, Reverends Shaw and Boyce purchased land near the source of the Zwart Kei River on the northern slopes of the Winterberg. Here they established Haslope Hills, a mission station aimed at the social rehabilitation of liberated slaves and displaced Thembu, Mfengu and Tambookie people. John Ayliff moved here in September 1839.
Haslope Hills was situated on the eastern slopes of what was then known as the Tweeling Berge (Twin Mountains). The Ayliff daughters decided the names of the biblical sisters Martha and Mary would be more appropriate. These mountains are known by those names to this day and have become the distinguishing landmark of Tarkastad.