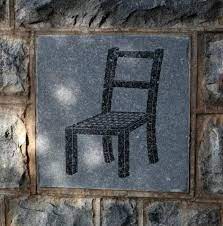 On 4 September 1901, during the South African War, the famed British army rebel hunter Colonel Harry SCOBELL trapped and captured Commandant J. C. LÖTTER, LÖTTER’s right-hand man, Lieutenant Pieter WOLFAARDT and most of the members of their commando south of Graaff-Reinet. Fourteen men were killed and 126 were captured. The men had been betrayed by Lewies VAN NIEKERK, who’d given SCOBELL the precise location of the camp.

One of the top commandants in the Cape, LÖTTER was known for his daring “hit and run” tactics. Earlier in the war, after the British had introduced their shocking scorched earth and concentration camp policies, LÖTTER and the commandos had been allowed to retaliate.

Having burnt houses belonging to loyalists, executed spies and whipped those he considered traitors, LÖTTER stood accused of “murder, marauding and disgraceful conduct of a cruel nature” and was charged with human rights violations and war crimes. But there are historians who maintain that the British scorch and burn policy had had many similar aspects and the only “real crime” for which LÖTTER could have been tried was being a Cape rebel. The main point of contention was whether he was a Free Stater or a British subject. LÖTTER claimed his proof of Free State citizenship was lost the day he was captured and he was therefore sentenced to death as a Cape rebel.

WOLFAARDT was accused of shooting two troopers at point-blank range and wounding another. He was sentenced to death for murder and attempted murder.

The two men were sent to Middelburg and on October 11. In a street adjoining the town square death sentences were read out to both. Businesses in town were ordered to close and the entire population was compelled to attend the sentencing. The following day LÖTTER was taken to a spot next to the Richmond Road where he was tied to a chair and shot. He was buried there and this is where the “Stoel Monument” still stands.

Three days later WOLFAARDT was taken to the same place, where he shared LÖTTER’s fate. The two were buried in the same grave. Six years later, the remains of both men were dug up, placed in one coffin, and reburied in the Middelburg cemetery.